In the Los Angeles area? Come join me for breakfast!
Rob on Christian Unity

As some of you may know, I am involved with a music library where I write two-minute music “cues” that get played at various outlets, including on television. This offer came to me because of my wonderful friendship and relationship with my friend Lance Fooks. 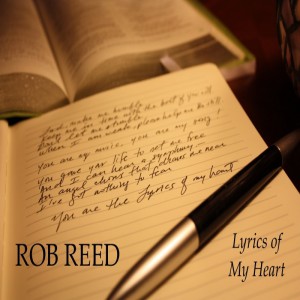 We became acquainted because of our love of God and worship, first meeting and playing together at a Lutheran Woman’s Synod meeting in October, 2008.

We discovered a lot of common ground.

After just under a year of playing together (Sunday worship sets, mostly) and starting to record some original tunes together, Lance connected me to his friends at Fourte Music.

From there, Nick and Randal, from Fourte, heard my “Lyrics” digital worship CD that is available for FREE at noisetrade.com, but added: “This can be done better.”

Well, long story short, we kicked Lance’s family out for the weekend (well, they have family in Bakersfield anyway), and we turned Lance’s home into a full on studio with multi-mic’ed drums and multiple tracking rooms. What a fun weekend… but it was physically EXHAUSTING.

I lost five pounds over the weekend. No kidding. And, this happened even though I was eating stuff like donuts and THIS – the Daddy Mac (made special by Lance): 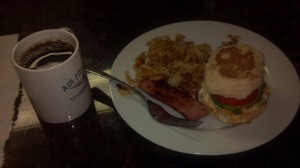 We know we are on the right track because the enemy was not at all pleased. 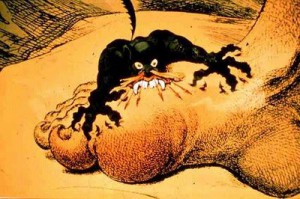 I suffered from a major Gout attack the night before we began and it got worse throughout the course of the weekend. So, I recorded my tracks, limping all over the place.

The drummer and producer extraordinaire, Nick Karvon, had teeth problems the week before, requiring tooth removal… and he struggled with gum pain and multiple advils.

My family dog, Jack, was terribly sick throughout the week before the weekend, requiring two vet visits, $500, and a ton of doggie antibiotics. We thought we were going to lose him. (I am pleased to say that he is doing great now).

We had tech “gremlins” galore through the process…

But, in the end, we got through with 7 wonderful (and REAL, not drum looped) rhythm tracks. Thanks be to God!

I can’t tell you how excited I am…

I can’t wait for you to hear the final product.

Please pray that the process goes smoothly… that we are successful in our attempts to create a very solid worship CD… and that God is glorified throughout the process. Thanks!

In the Los Angeles area? Come join me for breakfast!
Rob on Christian Unity