Is Jesus God? Ask one of the criminals who hung with him at Calvary
Your Biblical cure to insomnia is actually proof of the Bible’s veracity

Fruit of the Spirit makes our imperfections less imperfect 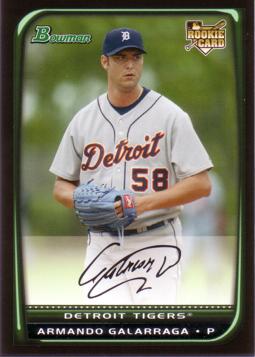 Perfect games are extremely rare. Since 1904, there have been 18 of them. Interestingly enough, two of those eighteen have been pitched this year.

Well, a funny thing happened on the way to the third perfect game of the season last night for 28-year old, Detroit Tigers pitcher Armando Galarraga. As has been so aptly put, “it was a terrible instance of imperfection that shattered his perfection.”

Yet, it was this act of imperfection – exemplifying our own imperfection as fallen human beings – where we see the two main characters of this life play show us how we can all be more perfect.

First, the video of the bad call.

22 But the fruit of the Spirit is love, joy, peace, patience, kindness, goodness, faithfulness, 23 gentleness and self-control. Against such things there is no law.

So, did Armando go on a tirade? Did he get kicked out of the game because he blew his top and went off on the imperfect umpire?

“I feel sad,” … “I just watched the replay 20 times and there’s no way you can call him safe. …… [The umpire] needs to do a better job in that situation. It wasn’t even close.”

Self-control. What a beautiful thing to watch in action.

Then, there’s the umpire. We see many of them who make a bad call, and even when obviously wrong, they’ll stick to their guns… all in the name of pride.

He went up to Armando after the game and personally apologized.

I don’t know whether either of these fellows are Christian. I do know that that suit of love, joy, peace, patience, kindness, goodness, faithfulness, gentleness and self-control that each were wearing last night looked very good on both of them.

Let’s hope that Commissioner Bud Selig does the right thing today and overturns the call, giving Armando the perfect game that he so rightly deserves. Armando got the next batter out. The only thing that would change is that the guy who was awarded a hit would lose it.

Is Jesus God? Ask one of the criminals who hung with him at Calvary
Your Biblical cure to insomnia is actually proof of the Bible’s veracity