I readily admit that, as a Christian, I still have problems thinking of a loving God who can so willingly annihilate whole people because of their disobedience. My final conclusion, four years ago, that allowed me to remove the ties that bound me away from Christianity was that God is perfect, and He will always do what is right.

As I am not perfect, I defer to perfection. So, a Christian I became. 🙂 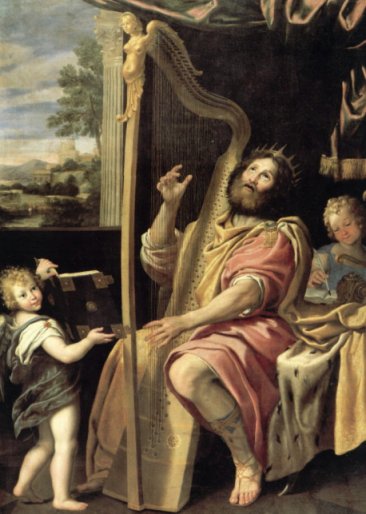 As I began my first-time reading of the Bible from page 1 (some time in 2006), I can recall starting the book of Psalms and thinking about it as the lovely “songbook” of the Bible. I knew that a number of hymns and contemporary worship songs that we sung in church came directly from King David’s words in the Psalms.

So, imagine my surprise when I read this “lovely” bit of Psalm 137.

8 O Daughter of Babylon, doomed to destruction,
happy is he who repays you
for what you have done to us-

9 he who seizes your infants
and dashes them against the rocks.

Um… What? I’m sure glad that nobody has written any hymnals that we sing loudly and proudly along to with phrases like “dash the heads of my enemies’ infants, O Lord, against the rocks!”

Simply, there are some Psalms that reveal David’s total helplessness and total desire for vengeance to be unleashed upon his enemies by God.

And, yes, these are downright scary and, well, weird to read.

But, does God wish us to be this angry? Absolutely not, and the New Testament makes this perfectly clear.

11 This is the message you heard from the beginning: We should love one another. 12 Do not be like Cain, who belonged to the evil one and murdered his brother. And why did he murder him? Because his own actions were evil and his brother’s were righteous. 13 Do not be surprised, my brothers, if the world hates you. 14 We know that we have passed from death to life, because we love our brothers. Anyone who does not love remains in death. 15 Anyone who hates his brother is a murderer, and you know that no murderer has eternal life in him.

So, what’s the purpose of these Psalms?

In my view, it is to see David’s total dependence upon God for everything… including David’s own desire for vengeance against his enemies (“Vengeance is mine; I will repay, saith the Lord,” Romans 12:19). David doesn’t just go out and slaughter his enemies… he asks God for it.

Certainly, this is not a model for us word-for-word, but it is a good model for us, contextually, on the concept of depending on God for everything.