The Martin Trial: If Trayvon, in fact, Killed Zimmerman
It wasn’t a speech! It was a sermon!

When it comes to religion, Christianity is as liberal as it gets

No, I am not talking politically. Just liberally. 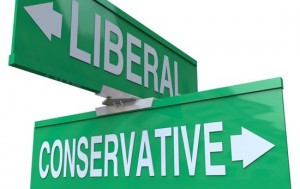 I was reminded of this thought as I was sitting behind two orthodox Jewish guys at a recent Dodger game. They were wearing their yarmulkes under their Dodger hats, and I wondered to myself: could my friend Lance, here, sitting next to me just put on a yarmulke and proclaim: “I’m Jewish!” No, he cannot.

For you [the Jews] are a holy people to the Lord your God, and the Lord has chosen you to be a people for Himself, a special treasure above all the peoples who are on the face of the earth.

Can my friend Lance, here, were he a Muslim declare: “I’m going to leave my Muslim faith without fear of physical harm to myself and/or family?”

Qur’an (4:89) – “They but wish that ye should reject Faith, as they do, and thus be on the same footing (as they): But take not friends from their ranks until they flee in the way of Allah (From what is forbidden). But if they turn renegades, seize them and slay them wherever ye find them”

What would my friend have to do to become Christian?

If you declare with your mouth, “Jesus is Lord,” and believe in your heart that God raised him from the dead, you will be saved.

And who is eligible?

There is neither Jew nor Gentile, neither slave nor free, nor is there male and female, for you are all one in Christ Jesus.

I wonder if the religious right realizes that they are pretty “left,” too. 🙂

(credit to my Pastor for the last thought)

The Martin Trial: If Trayvon, in fact, Killed Zimmerman
It wasn’t a speech! It was a sermon!