The kind of Christian testimony that I used to roll my eyes over…
YouTube Christian Collab II: Update 2.0

Luke 9: Some holiday scripture to remind us of our faulty human nature

YouTube Christian Collab II Update: We have raised $152.18 for poconoprc.org as of this update. Won’t you join us?

I am directly ripping most of these thoughts from my Pastor, but I am passing them on to you as I feel led to this morning. Maybe it is something that needs to be said to someone. Maybe this is a reminder for me.

Imagine following a man who claims to be the Son of God. And, you watch him in many places doing amazing things like turning water into wine, healing the sick, raising the dead. 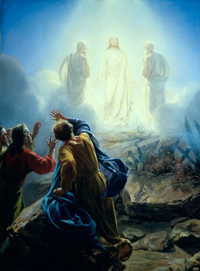 Then, an even BIGGER thing happens.

One day, you see this guy, who you are following, transform. The appearance of his face changes and his clothes become as bright as a flash of lightning… and, all of the sudden, he is chatting with well-known and long-since dead Moses and Elijah.

Shortly after, you go out again and watch as your master heals a boy with an evil spirit. And, when that is done, and everyone – including yourself – is marveling at the event, your master whispers to you and your fellow followers: “Listen, the Son of Man is going to be betrayed into the hands of men.” 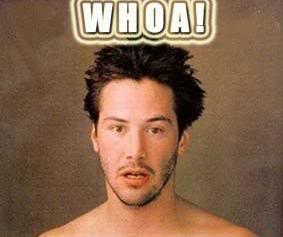 Your master, who clearly is doing things that only God could do, is telling you that he is in peril. What do you do?

I like to think that I would ask my master what this meant. I would want to strategize and plan for ways to protect my master from this danger. No way is my master going to get taken! I would be like Mel Gibson as William Wallace, on horseback, cheering on my brethren in our quest to protect our master: “Gentlepeople! We are not letting our master get betrayed into the hands of men!” 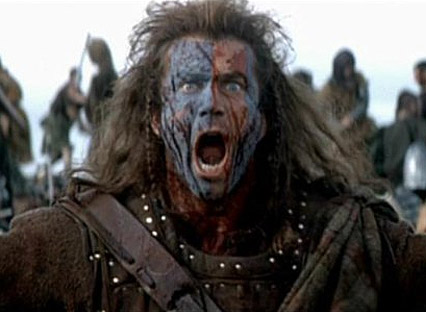 What did the Apostles immediately do, according to Luke 9?

It says that “they were afraid to ask [Jesus] about it.”

They were not too afraid, unfortunately, to start arguing about who was going to REPLACE their master.

So, their focus on their master’s announcement that he was in danger was to figure out who could be leader when the master was gone. Greed to the highest extreme.

“Master,” said John, “we saw a man driving out demons in your name and we tried to stop him, because he is not one of us.”

“Do not stop him,” Jesus said, “for whoever is not against you is for you.”

“Whoever is not against you is for you.”

The Word for today: As Christians, we need to focus on helping others, and not ourselves. We must focus on loving others and not spending our limited time here on earth pointing fingers… unless we are pointing the way to our Master.

Thank you, Lord, for this holiday message! Amen.

The kind of Christian testimony that I used to roll my eyes over…
YouTube Christian Collab II: Update 2.0