A few things today…
A sad day for freedom of expression in Russia?

A few months before the election, in 2008, I made a YouTube video that primarily made this point: if the Antichrist is out there, the easiest way for him to get conservative evangelicals to vote for him is to run on a stance of pro-life and anti-gay. The ultimate point was that who you vote for has no bearing on your salvation.

It seems that I was dealing with a few, more conservative Christians who believed that I was “not saved” if I voted for a Democrat.

The other day, when thinking about this upcoming election, I had another thought for these more conservative Christians.

Many of these same very conservative evangelicals believe that when bad things happen to and in this country (and they seem to happen often, what with natural disasters, etc.), it is because of God’s dissatisfaction. 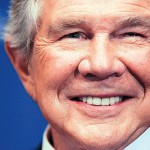 “I think we need to remember the term sodomy came from a town known as Sodom and Sodom was destroyed by God Almighty and the thing that they practiced was homosexual activity and even they tried to rape angels who came down there, so that’s the kind of people they were,” Robertson said. God “sent an angel down there and He said to Lot and his family, ‘get out now because I’m gonna destroy this whole area.’”

“We’re heading that way as a nation. In history there’s never been a civilization ever in history that has embraced homosexuality and turned away from traditional fidelity, traditional marriage, traditional child-rearing, and has survived. There isn’t one single civilization that has survived that openly embraced homosexuality. So you say, ‘what’s going to happen to America?” Well if history is any guide, the same thing’s going to happen to us,’” he predicted.

So, I pose another question to the conservative Christian: what if God’s will is that this country receives a leader that will lead to the country’s complete destruction, economically, morally, etc.?

If this is God’s will, as many of you believe, then why aren’t you voting according to God’s will, and is your defiance, therefore, a sin?

What do you think?

A few things today…
A sad day for freedom of expression in Russia?